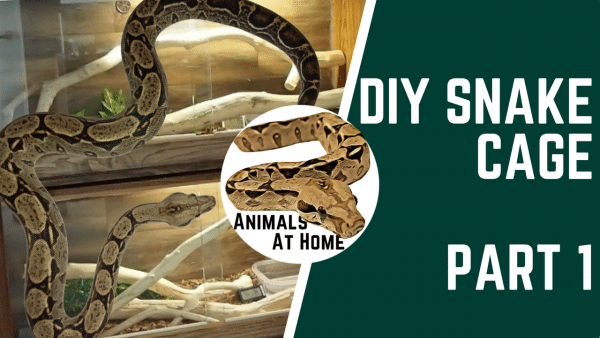 I just finished uploading a video tutorial for my latest DIY project, which was converting two cabinets into snake enclosures for my boas.  I have posted Part 1 of the video below, but in case you don’t have time right now to watch it… OR maybe you are at work and you need to make it look like you’re “working” I have broken it down into steps below with pictures!  Although I highly recommend eventually watching the video as I go into more detail.

Scroll to the bottom for a material list with prices.

Hunt the local classifieds for cabinets and/or shelving units! These can be very useful, especially if you’re like me and have limited carpentry skills and/or a limited space to work in (I live in an apartment). Usually old cabinets can be picked up for rather cheap and provide a solid foundational  structure to work with.

The cabinets I found were vertical standing, about 72″ high, 20″ wide and 18″ deep. Originally they were used to house my Exo-Terra 18x18x24, which they held perfectly.

I rotated the pic below so you are able to sort of picture what they originally looked like.  But don’t stare at that picture for too long… it will really mess with your mind.

Eventually I moved my Exo Terra’s from them and got the idea to lay them on their side so I could store a large bin in each one as shown in the picture below.  But just like my reptile induced debt, my snakes grew and it was time for an upgrade. 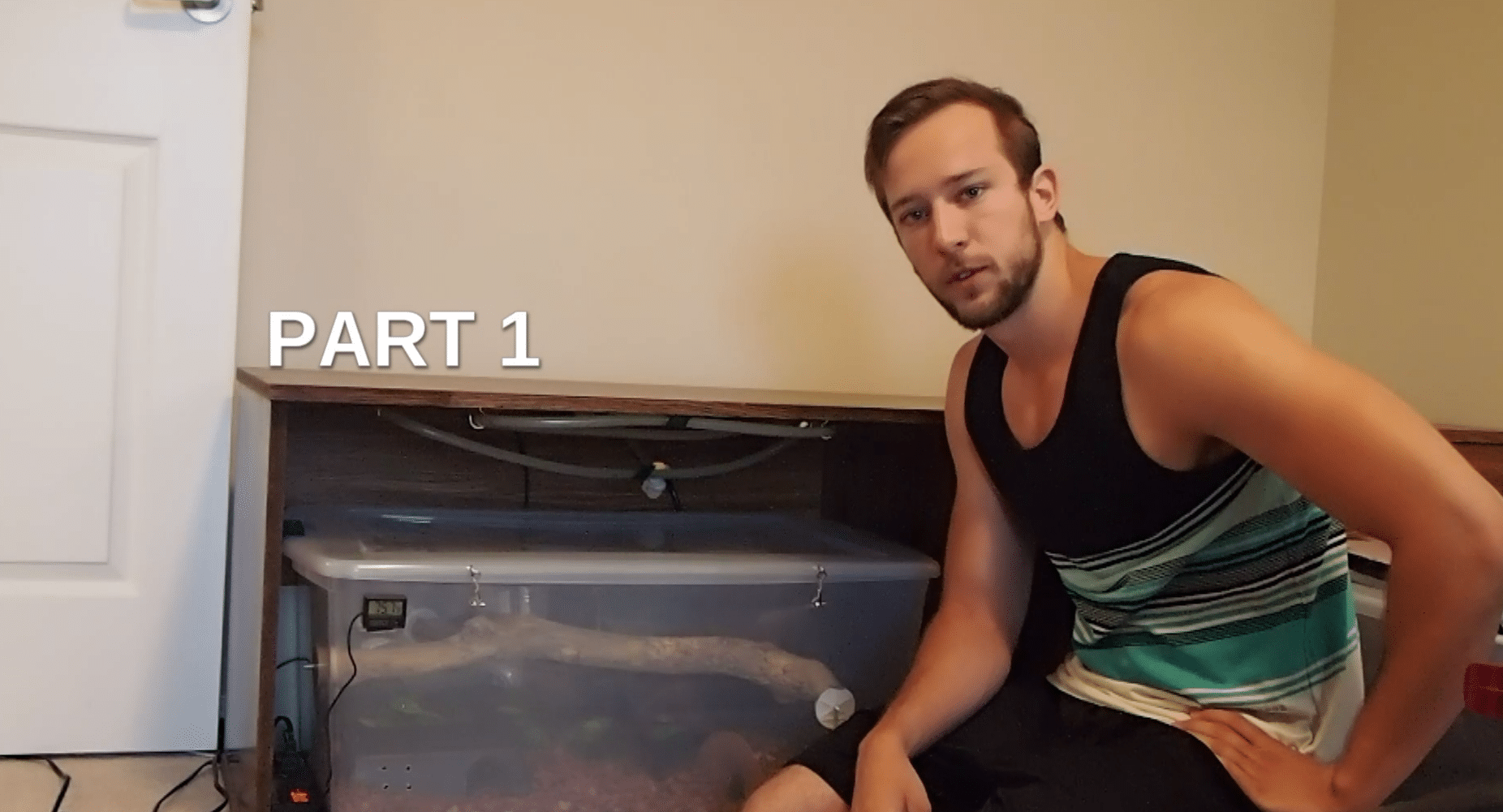 Next I had to remove parts of the cabinet that I either hated or did not need. These particular shelves had two things that fell into both categories: 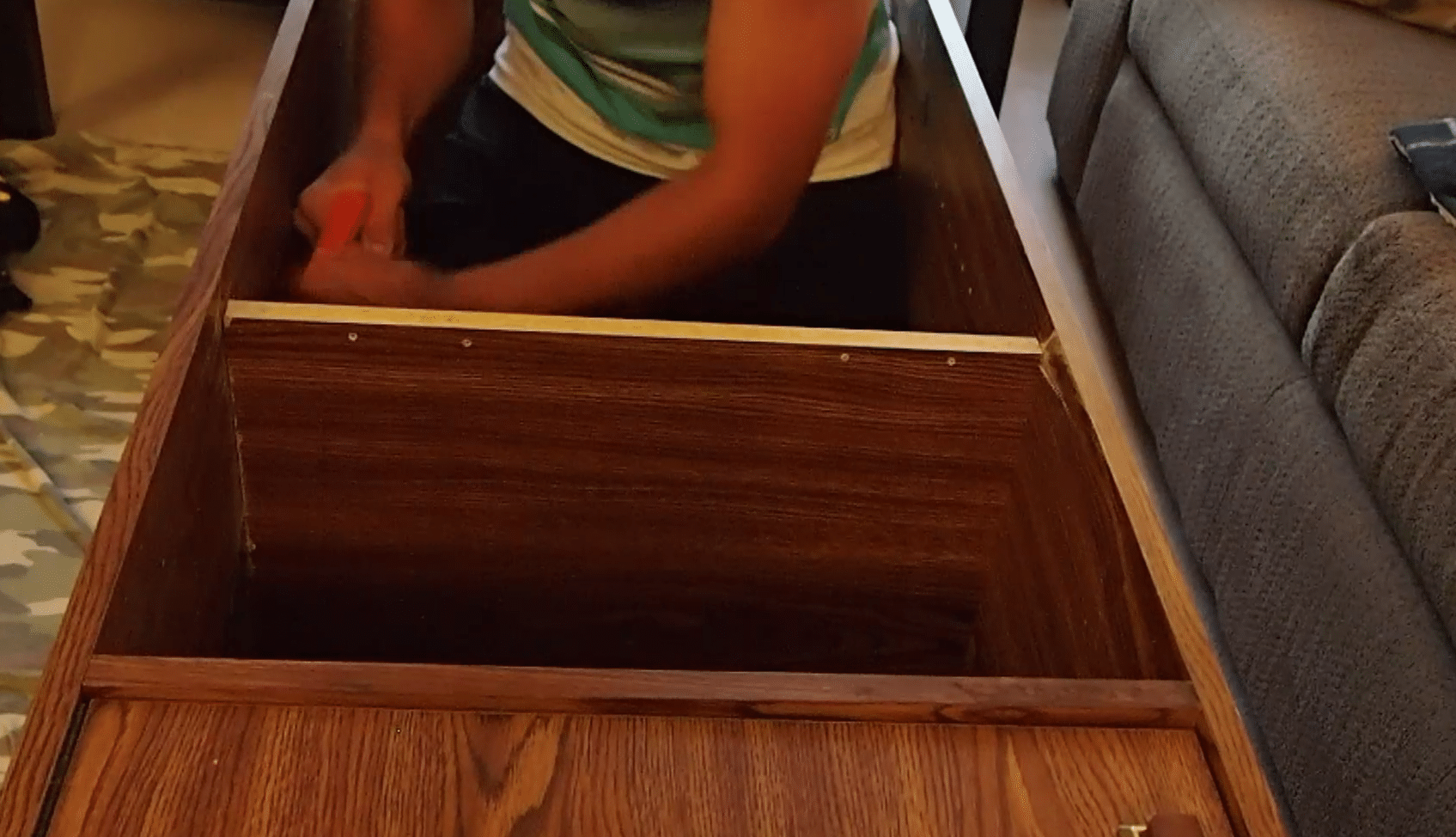 If you are interested in watching a man struggle doing a man thing, watch me try and cut that shelf out with a hand saw. It’s pretty funny.

Now it was time to add a new back to the unit. I choose a product called “hardboard” which I found at Home Depot. It is essentially a very thick, very hard (I’m going to stop you right there)… very compressed sheet of cardboard.

Hardboard was cheaper than plywood and has more than enough structural integrity. Plus it would eventually be sealed with vinyl floor and silicon so I wasn’t worried about water damage, etc. 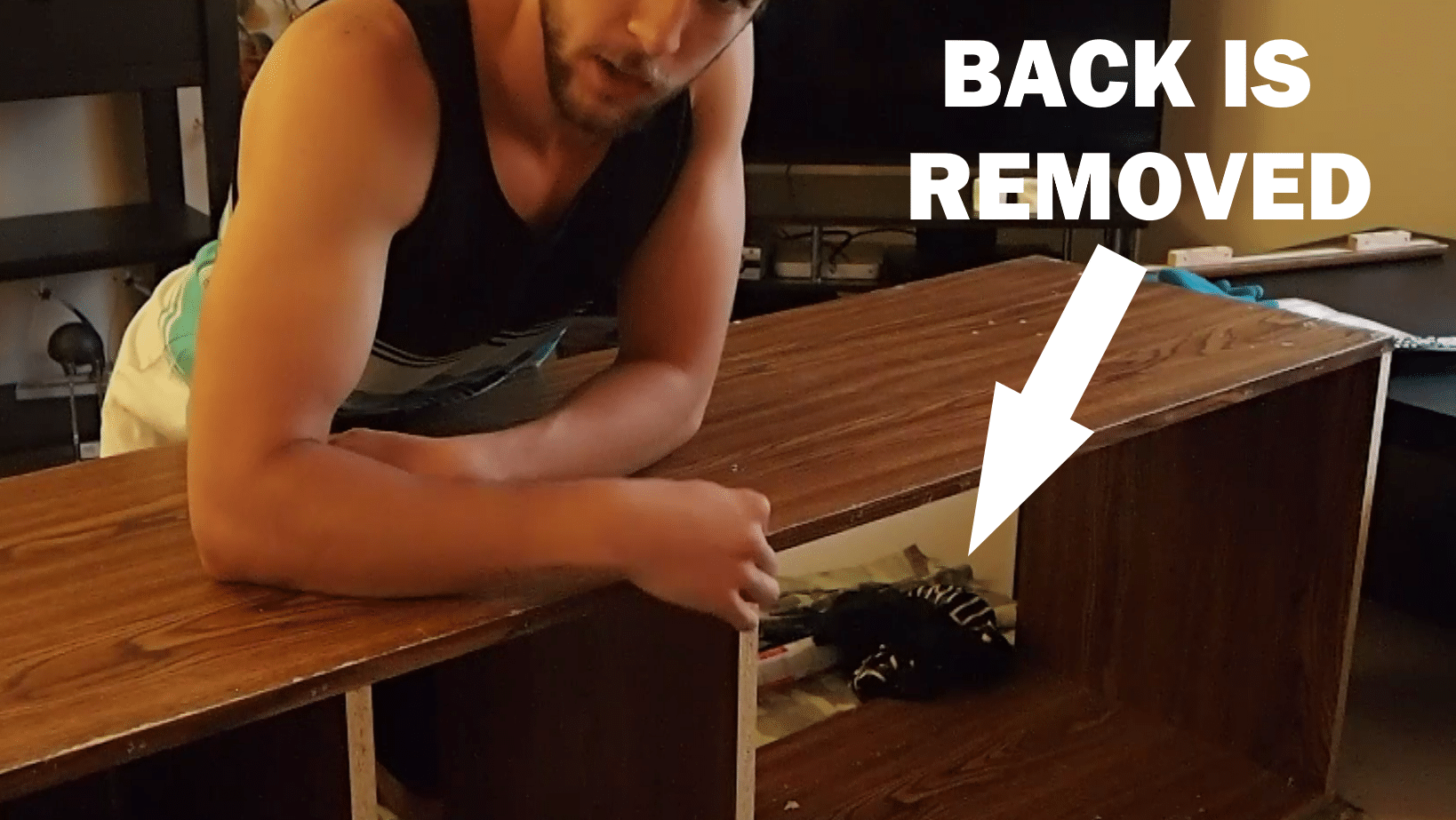 First, I ran a bead of No More Nails Adhesive by LePage around the perimeter of the unit. I really recommend picking up a tube of No More Nails, even just to have for around the house. I was amazed at how well it adhered once it was dry, and it basically has zero chemical smell. Although, I can’t say it is non-toxic for animals though so I’d stay away from using it where the animals can readily access just to be safe. 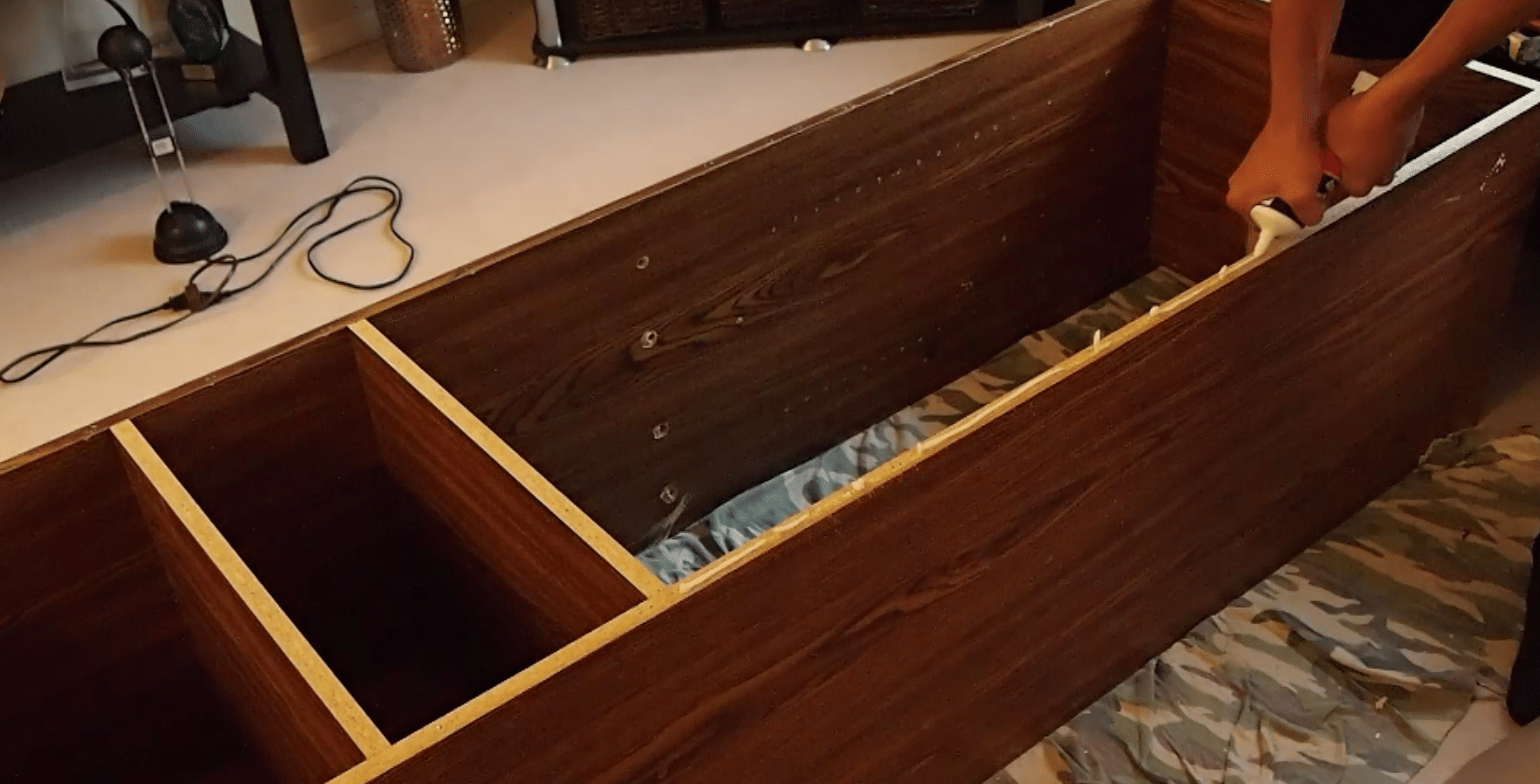 Once I compressed the hardboard into the adhesive, I added a few screws per side for some extra support. The screws probably weren’t necessary but, why not?

It is very important to seal up all seams in the enclosure! Melamine and wood cabinets can quickly become damaged due to moisture, so I went heavy on the silicon! Boa constrictors aren’t kept in wet/damp enclosures by any means but their urates/pee can do some real damage.

I used General Electric Silicone I. This is very IMPORTANT because GE Silicon I is 100% non-toxic and safe for animals once dry. GE Silicon II, is not!

MATERIAL LIST (APPROXIMATE PRICES, in Canadian Dollars), also keep in mind I built TWO enclosures so this is the list of materials I used to do both.

Okay, that is enough for DIY Snake Cage: Part 1!  Next up is installing the vinyl flooring, below is a shot of the flooring I picked. Click PART TWO to see how it got installed. 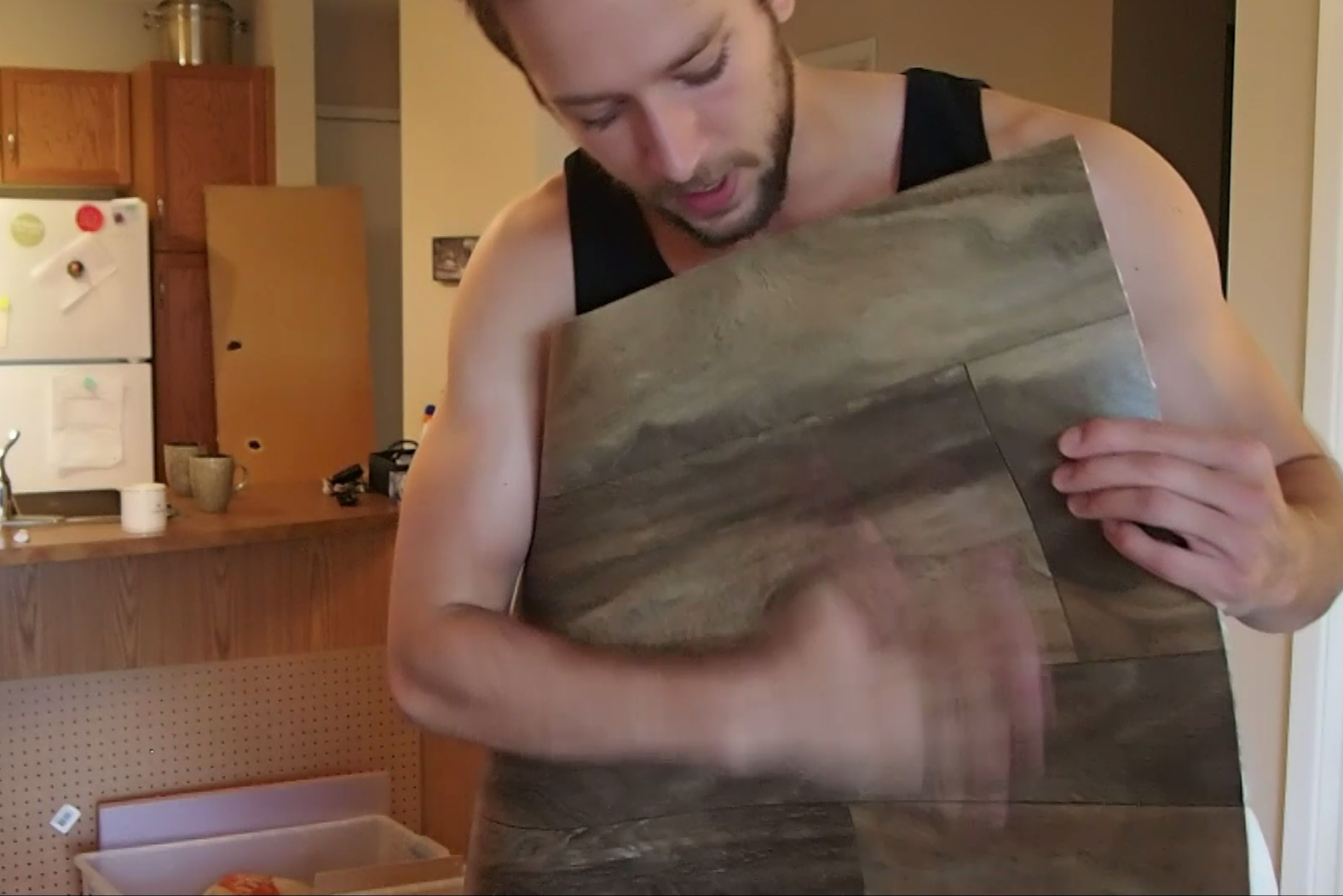 A DIY Snake Cage tutorial of how I converted a cabinet into a snake enclosure.

Check out our Official Sponsor!

Animalsathome.ca is a participant in the Amazon Services LLC Associates Program, an affiliate advertising program designed to provide a means for sites to earn advertising fees by advertising and linking to Amazon.com. Content on this site may contain affiliate links. These links take you to third-party sites, such as Amazon.com. If you make a purchase, Animals at Home may receive a small commission at no additional cost to you.

Copyright text 2021 by Animals at Home